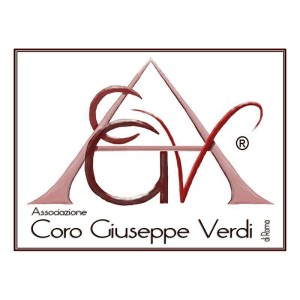 The Choir Giuseppe Verdi di Roma is a trained liric formation created in 2004 by Maestro Marco Tartaglia. Composed of Artists from different Italian conservatories and with specificed experience also at Foundations and Traditional theaters of the peninsula. 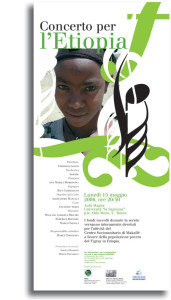 Taralli and with great sacret tradition like works explecity wrote for the Missa Brevis K192 by WA Mozart performed in December 2009 under the baton of M° Federico Longo.

The tour to India in 2004 at the Theatre Jamished Bhabba Mumbai and Siri Fort in New Delhi, with the production of La Traviata, conducted by Maestro Paolo Olmi and directed by Maurizio Di Mattia, marks the international debut of the choir formation.

The spotlight television arrives at the ‘Memorial Concert’ in 2008 dedicated to the victims of the Twin Towers in New York, taken from RAI1 and performed in the Church of Santa Maria degli Angeli in Rome, under the direction of Maestro Paolo Olmi and video direction of Enrico Stinchelli, and for the occasion the Choir, prepared by Maestro Gea Garatti, performs the Stabat Mater by Gioacchino Rossini. 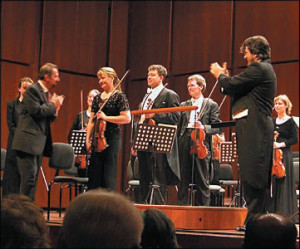 In December 2008, the Choir Giuseppe Verdi won the 1st Prize at the International Competition of San Gemini, chaired by M° Giorgio Vidusso.

The study of sacred choral repertoire leads him to face important pages: in March 2010, at the Collegiate Church of Nettuno, the Choir Giuseppe Verdi performs Requiem by WA Mozart together with the Orchestra Città Aperta and directed by M° Christian Capocaccia.

In the field of Italian opera production, in May 2010, the Choir Giuseppe Verdi 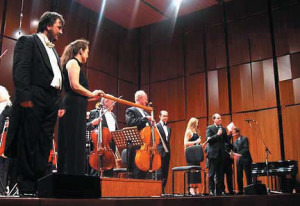 participates in the Italian theater season of Rome with the works Tosca by Puccini and The Barbiere di Siviglia by Rossini, as well as in September 2010, performs at the “Tuscia Opera Festival” performing in concert form, the Cavalleria Rusticana by Mascagni.

Inside of the events organized by the City of Rome on the Feast of the Immaculate Conception, December 8, 2010, the Choir Giuseppe Verdi was the star of the “Solemn Concert Immaculate Conception “, in the Basilica of Santa Maria in Aracoeli, Rome, held in the presence of Mayor, Hon. Gianni Alemanno. Godmother of the evening the Princess Maria Pia Ruspoli, under the High Patronage of the Sovereign Military Order of Malta. The concert was conducted by Maestro Jacopo Sipari di Pescasseroli, with the Orchestra “Marco dall’Aquila”. Are performed, among others, some pieces of the Mass Verdi’s Requiem, Mozart’s Requiem, the Petite Messe Solennelle by G. Rossini, Gloria by Vivaldi and Carmina Burana by Carl Orff. Unanimous critical acclaim, the many spectators who packed the Basilica and the Mayor, Hon. Gianni Alemanno.

March 16, 2011, at the Auditorium Parco della Musica, Sala Santa Cecilia, in Rome, the choir has participated the great event organized by the Ministry of Defence on the 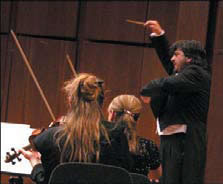 occasion of the 150th birth anniversary Italian Army, within large events organized for the 150th anniversary of Italy; the event, filmed and directed by SKY, presented by Prof. Mirabella, saw the participation of soprano Daniela Dessi and singer Ron and was directed by Maestro Fulvio Creux conducting the Band Music of the Italian Army.

In May 2011, the Choir Giuseppe Verdi performs at the St. Peter’s Basilica at the Vatican a Mass written and directed by Maestro Stelvio Cipriani, also participated in the concert dedicated to the Beatification of Pope Giovanni Paolo II, at the Auditorium della Conciliazione, offered to the city by City of Rome, and with the direction of Maestro Bruno Santori, performs some songs together with Amedeo Minghi, Noemi, PFM, Matia Bazar, Tosca, Ivana Spagna, Elisa Latini and Micaela Foti.

Also in May 2011, he participated in ” Tribute Artists “to Pope Benedetto XVI, for the 60th of the Priesthood, recording two songs of the Missa Sancti Bernardi Tolomei, composed by Maestro Leandro Espinosa. 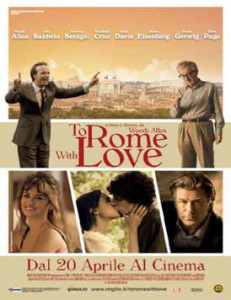 in the making of the film To Rome with love, with tenor Fabio Armiliato, directed by Woody Allen, with footage taken from the opera I Pagliacci by Ruggero Leoncavallo.

Within the months of November and December to 2011 the choir has been called to perfume in some episodes of the Tv show “Ti lascio una canzone” included the Christmas episode, directed by Antonella Clerici, live on Rai 1 channel, together with the orchestra directed by Master Leonardo De Amicis, supporting artists like Daniela Dessí, Joseph Calleja, Amy Stewart.

In 2012 three concerts were performed Petite Messe Solennelle by G. Rossini, in prestigious sites as S. Ignazio and S. Agostino churches in Rome and the Basilica of Collemaggio in L’Acquila, both in orchestra, piano and harmonium arrangements.

In July 2013, the choir has performed in the Aldobrandini Stables in Frascati “ A cena con Violetta ed Alfredo”, an original project, developed by Choir Giuseppe Verdi to bring the Opera within large historic halls where the public lives closely and in an engaging way the unfolding of the story and is gladdened by tastings of quality, in keeping with the proposed title. Important point of the event is also the enhancement of Italian and foreign Palaces, Gardens and Architectural Heritage.

On November 29, 2013, the Choir Giuseppe Verdi has performed again at the French Embassy in Palazzo Farnese in Rome,“ A cena con Violetta ed Alfredo” as part of the celebrations of the bicentennial of Verdi, illuminating the Hall of Hercules with this 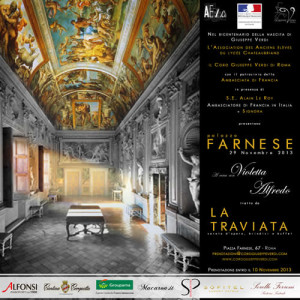 innovative formula of running Opera, getting the acclaim of the spectators who filled the Hall of Hercules, the Ambassador of France and invited all the Ambassadors and the Roman Media. The event was broadcast by “Rete D’oro”.

On April 6, 2014, the Choir Giuseppe Verdi performed in Rome at the Basilica of St. Giovannni in Laterano, the Requiem of Mozart. The concert was conducted by Maestro Jacopo Sipari di Pescasseroli, with the Orchestra “Marco dall’Aquila”.

To raise awareness of the Italian operatic repertoire, the Choir Giuseppe Verdi, in the months of April and May 2014 has made the Flash Mob, performing excerpts from Nabucco, La Traviata and Il Trovatore, continuing its intent to bring the opera to outside of theaters and concert halls.

Between 2013 and 2014 the Choir Giuseppe Verdi, in his capacity as Ensemble, 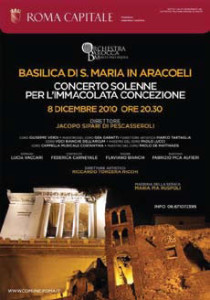 participated in the first two editions of the Competition of Sacred Music Benedict XVI, performing the songs of the winners, inspired by the Ave Maria on the enigmatic scale of Giuseppe Verdi and the Requiem by Giacomo Puccini, with the Churches of Ara Coeli and Sant’Andrea della Valle in Rome.

July 13, 2014 the Choir Giuseppe Verdi has become the protagonist of the “Piccolo capriccio musicale” organized by the Foundation Carla Fendi, performed at the Caio Melisso theatre in Spoleto, directed by Quirino Conti and Conducting by Maestro Federico Longo.

September 27, 2014 the Choir Giuseppe Verdi attended the big event “Atom Heart Mother” made at the Teatro Olimpico in Rome, with the Conducting Maestro Giovanni Cernicchiaro. More than 120 artists on stage have performed the most famous songs of Pink Floyd. Among the artists on stage “the Pink Floyd Legend” and “Ottoni d’Autore”.

In the month of November 2014 the Choir Giuseppe Verdi attended the celebration of two Masses, in Rome and in Pian Castagnaio, organized by the Foundation Carla Fendi, in order to commemorate Dr. Candido Speroni.

The Choir Giuseppe Verdi has always shown, in all the productions performed, a remarkable versatility, performing both concerts with chamber groups of 16 elements, with both ensembles 24 and 36 elements, and when doing big events where they have been used up to 80 Artists. Many Choir Artists have also acquired considerable experience performing both Solo parts in the chamber music, symphonic and operatic. The Choir Giuseppe Verdi, with its Artistic Director, Maestro Marco Tartaglia and Choirmaster, Antonio Maria Pergolizzi, will deepen and perform the repertoire of opera and sacred music and symphony that considers cultural heritage essential to value through Careful preparation of the young voices that want to start up the profession of singers and on the experience of those who for years have trod the boards of the great theaters and institutions Symphony. Will also deepen the repertoire dedicated to soundtracks and pop music, also performing pieces by contemporary composers.